When I work, I want speakers with plenty of vibe. Speakers that inspire me sonically and translate my work the same everywhere. My KRK’s give me that! 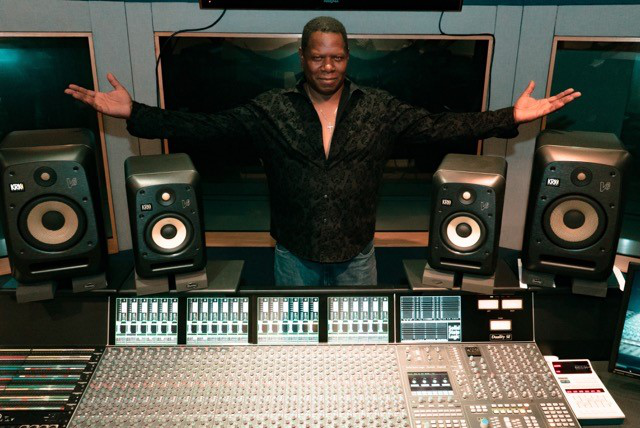 When it comes to longevity and endurance in the music industry, Dave Isaac has built an empire of credits over decades that still shine with relevance in the modern world. He is one of the few true professionals who encompassed everything he gained from the analog world and channeled it into the digital realm. As a 3-time Grammy Award-winning Producer and Mix Engineer, Dave Isaac has worked with such notable artists as Bruno Mars, Prince, Michael Jackson, Eric Clapton, Marcus Miller, Whitney Houston, Luther Vandross, Madonna, and Stevie Wonder to name a few.

Growing up in Detroit in the 60's, he became an Engineer and Programmer as the city became the home of R&B, Techno, and Gospel from artists like Anita Baker, DeBarge, The Winans, or Juan Atkins in the 80’s—all with whom he worked. After working with artists like R. Kelly, Stevie Wonder, El Debarge, Aaliyah, KEM, Aretha Franklin, Barry White, The Clark Sisters, Thomas Whitfield, Fred Hammond, Anita Baker, and more, Dave decided to make the move to Los Angeles, California. Upon arrival, he worked with such artists as Madonna, Michael Jackson, Puff Daddy, Babyface, Billy Idol, Whitney Houston, Bette Midler, Kenny Rogers, and more within his first eight months in L.A.

Dave uses KRK monitors for the simple fact that they inspire him and translate his mixes accurately.